The history of the Fifty Grand Restaurant began fairly recently. A store was built on the location in the 1930’s by Newt Grout. The building included a grocery store, one gas pump, a post office, and a home upstairs. “Frenchy’s” was run next door by Mr. and Mrs. Ted Lang. They bought the liquor license of the Lucky Dime and put in a bar. Ted died and Frenchy remarried a man named Pete Peterson. The place was renamed Fifty Grand about 1943. Fifty for highway 50 and “Grand” because this was a grand place to live.

About 1945 Ernie and Dicie Endicott ran the bar and added a restaurant complete with a Chinese cook and served Chinese American food. Frenchy’s parents, Mildred and Vern Hirst, ran the store and the movie house in the round aluminum building next door. The movie house building later became a laundromat, then a lumber company, now a chain saw store.

Bernie and Ann Prosch were in charge of the post office in the end of the building housing the store and the restaurant. Dick Willey was the next postmaster, followed by Russ Lovelace, then Ted Ballew in 1960. Patricia Peterson, whose first husband, Dick Willey was past post master, is the present post mistress. The post office was moved to a new building in the Totem Town Shopping Center, just in front of its present location. Totem Town has now become Pony Express Village.

In 1946 Gene Drury began working in the grocery store by 50 Grand. He later became a part owner of the store and then bought out the partner. He was ambitious, fair, and hard working and the store did well until Save Mart built a huge super market in the Totem Town Shopping Center to the west. Gene had also become a partner and then the owner of the Fifty Grand Restaurant and decided to devote his time exclusively to the restaurant business. The restaurant was remodeled and enlarged, with space at the east end of the building to be rented out to small businesses. The business grew and people were soon coming from Sacramento as well as surrounding communities for the good food and service in a beautiful mountain setting.

In 1984 On November 5th, 1983, the restaurant and entire building burned quickly and completely. The building has been rebuilt and the restaurant was enlarged to encompass most of the lot frontage.

A small garage and gas station on the southwest corner of the Fifty Grand lot was first run by Johnny Whartman. Perry Bosen and a Mr. Wilson bought it in 1956 and later moved the station to the east, on highway 50, where Crystal View Station is now located. The station was called B & W garage. Perry Bosen retired in the 1970’s and the garage was sold and became Crystal View, named for the beautiful view of the Crystal Range of the Sierra Nevada Mountains.

The Lucky Dime Restaurant was a small bar just across Willow Street from Fifty Grand on the north side of Old Highway 50. The Lucky Dime closed when its liquor license sold, and Bob Gogin had a hardware store there in the 1960’s. The Gogins lived upstairs in the back.

Charles and Florence Dumont moved to this area in 1931 to a small, shingled house on the north side of the road between the 13 and 14 mile markers. There was a good well out behind the house. Charles worked in the lumber mills. Their children were Mildred, Alvin, Daniel and Alice.

Mildred had married and was living in the east when she became very ill. Her son Donald came to live with the Dumonts and attended the one room Cedar Grove School. One day Donald was playing out back. He came running in shouting, “Grandma, Grandma! Something’s out there in the woods, and it’s big. It’s standing on it’s feet and it’s not a dog!” They went down the gully and found a bear’s cave near Forebay lake.

One day a neighbor’s new baby died. Times were hard in the 30’s. There was little money, so the parents put the baby in a shoe box for burial. Mrs. Dumont couldn’t bear the thought and cut up one of her daughters fancy dresses to line a small homemade coffin for the baby.

When the need for a post office was felt, a meeting was held to discuss possible names. Many people suggested names, and a group chose several of the best names to be put in a can. Mildred said Florence’s suggestion, Pollock Pines, was chosen. The post office, school, and the town were thus called Pollock Pines. Mildred moved to Lake Tahoe with her husband, Arthur Brodell, and her son Donald. They had been awarded the mail boat contract to deliver mail around the lake by boat. Mildred’s twin sons died in infancy, and six weeks later, her husband and son were killed when the mail boat exploded. There was an investigation by the F.B.I. and several other agencies as there was some suspicion of foul play. Nothing was ever proven.

The Triangle was built in the late 1930’s by Mr. Berrill. The building was constructed on the pie shaped piece of property between Maple Street and the Old Highway 50 where the two roads came together at Laurel Street. Maple Street was the original highway until it was realigned in 1923, leaving that triangular point of land between the two roads. After the road was realigned, many of the houses nearby had the back of the house fronting on the new highway. Some of the owners made their back door into their front door. Lucien Fisher’s wife rented The Triangle for a short time, serving sandwiches and drinks and providing music for dancing. The triangle is now Pine Lodge.

There was a blacksmith shop down the road from Fifty Grand just east of The Triangle.

The thirteen mile post was not built until 1932. It was built by Lee Engles. This was not the original spot of the 13 mile house according to most authorities. The original 13 mile house was located where Pollock Pines School now stands.

The Olson Rental business was previously a Shell service station with a volunteer operated fire truck waiting beside it for a call. The volunteer fire department had its own building until a tree fell through the roof. Fire Department building after a storm (about 1940)

The Stagecoach Inn was built on its present location after a fire in Sept of 1970 swept up from the Weber Canyon, burning the Cedar Lodge Motel and eleven homes. Most of the main town was either evacuated or on standby to be evacuated during the fire.

The Pollock Pines Community Church and the El Dorado County Library in Pollock Pines were built through the philanthropy of Harvey West. Harvey West was the owner of Placerville Lumber Company and had these buildings built as a memorial to his son David West.

Many of the areas in the Crystal Range are named after the cattlemen and dairy farmers who herded their cattle up into the mountains to graze for the summer and fall. Dairies were maintained there for many years. Ice was chopped from man made ponds near Ice House Lake and was loaded onto wagons with the cheese and butter made from the milk of the cows. Sawdust was packed around it and the dairy products were sold to the mining towns along the route to Placerville and Sacramento, perhaps even as far as San Francisco.

The high mountain ranges are vital to the hillsides and valleys below them as a water storage resource and also for the variety of recreational uses they provide all year round. On July 28, 1910, President William H. Taft, by proclamation, established the El Dorado National Forest. The task of the Forest Service is to promote the best possible use of all forest lands. They not only manage the wildlands with the logging, grazing and reforestation; but they also deal in fire control, recreation, and natural resources management. In 1933 the federal government established 5 Civilian Conservation Corps camps on the El Dorado National Forest as part of a depression relief program. One of these camps was located at Snowline Road on the hill just west of the lower Pollock Pines off ramp. The labor of the Corps built some of the dams on the Desolation Wilderness lakes. Many of the buildings to house the civilian corp workers were later sold to different individuals and moved to lots in the Pollock Pines area as summer homes. Some of the buildings are still in use. 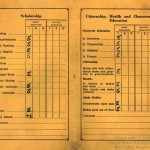 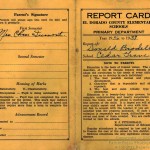 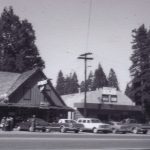 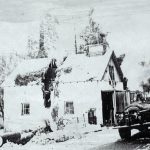